ACAL has joined forces with determined campaigner Tom Perry in supporting a ban on the use of the word historic in any legal proceedings in which the word “historic” is used.

Much of the abuse which s 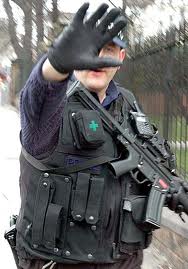 Survivors complain about took place many years ago.

There are legal rules governing the time within which legal complaint can be made without opposition from the abuser.

Generally speaking there is no time limit in criminal cases where the police want to prosecute an abuser. The accused, however can initiate an “abuse of process” application, in which he/she argues he cannot have a fair trial because the allegations are too old, witnesses memories have faded, or documents are no longer in existence.

The police often describe cases where the abuse happened years ago “historic”, which is clearly, in the circumstances, an inappropriate term to use.

ACAL supports Tom Perry in his campaign to persuade the police, in particular, to outlaw use of the term.

If you want to support our campaign, write a letter to the Chief Constable of Police.

See blogs written on the subject by Tom Perry, and our president, Peter Garsden below